Founded in 2010 by 'The Dutchies' Remy, Robin and Tom and Based in Amsterdam, Mujjo is one of the few brands that solely focuses on designing and selling upmarket accessories for Apple products.

The brand has grown fast, and continues to evolve, but Mujjo keeps the same passion for creating beautiful designs. Mujjo's passion for making good products even goes beyond the desire of keeping clients and reputation. Mujjo will never chase trends, but instead, every Mujjo design is a reflection of personal taste. Mujjo may not be for everyone, and that is just the way the Dutchies want it to be.

We're Dutch and 'Dutch craftsmanship' is a big part of our marketing, part of the Dutch culture is the 'dutch lion', so I was thinking, let's use a lion!
Remy Nagelmaeker | Founder, MUJJO 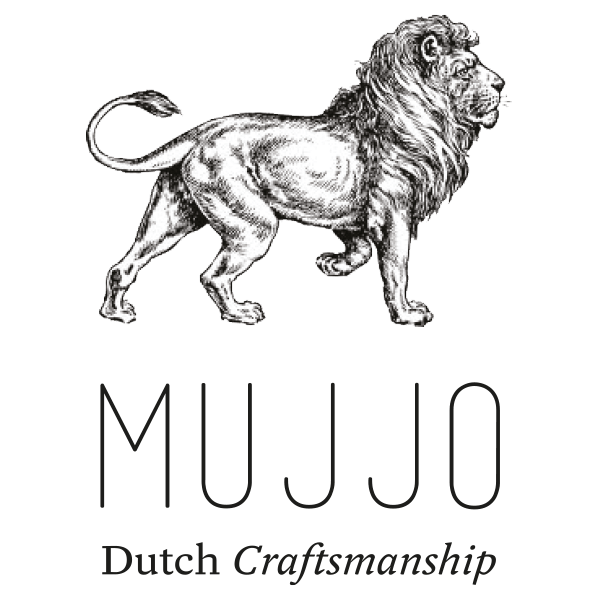 In 2012, The Dutchies invited me to undertake the design of a new logo identity for their brand. They provided a brief that requested the new logo featured a powerful figure of a lion and had fairly specific ideas about the positioning of the lion's legs, tail and so forth. The lion needed to look powerful and courageous, but not aggressive, so during the the early stages of the project I devoted a lot of time to mocking up different positions and poses, until I hit on one which worked. 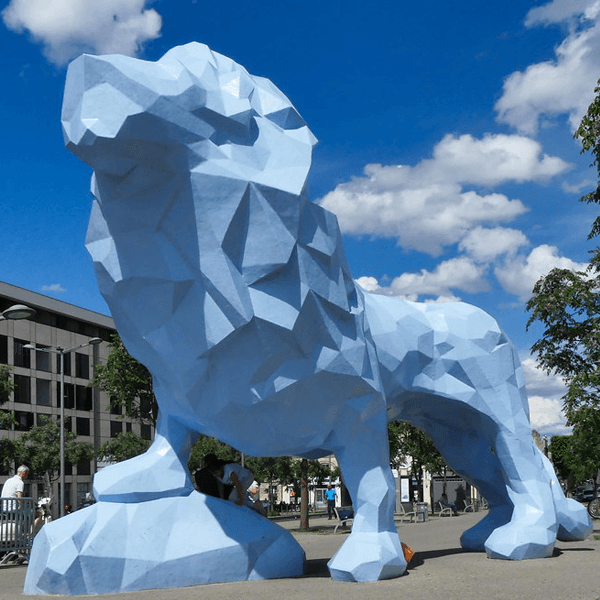 I also wanted to use a stylasied, rather than realistic method for constructing the lion's shape, but I didn't want ithe finalised logo to look like a cartoon. I took inspiration from the magnificent 'Le Lion de Veilhan' sculpture in Place Stalingrad, Bordeaux (pictured right). Created in 2005 by Xavier Veilhan, The 'Lion of Veilhan' is an imposing 8m long, 6m tall statue of a lion. It is pale blue in colour and composed of composite materials. The geometric forms which Veilhan had used to create his lion sculpture conveyed a feeling of power and majesty and I decided that we could harness this same look and feel. 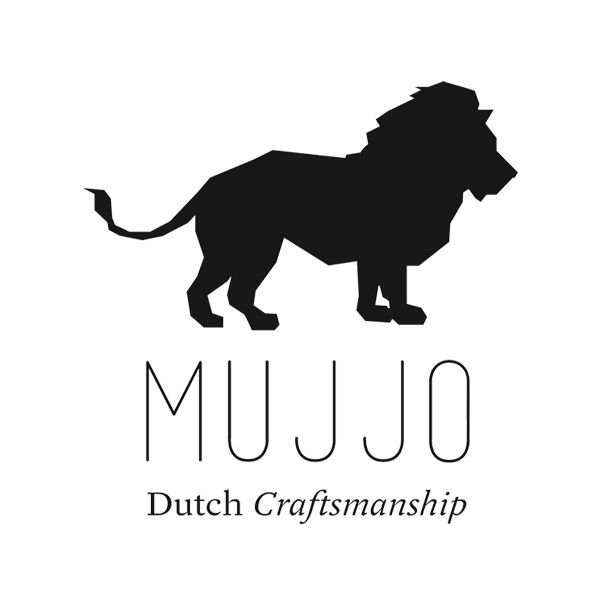 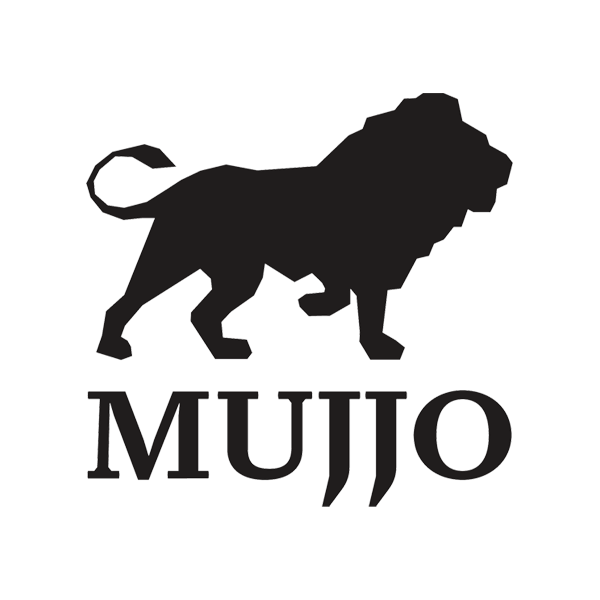 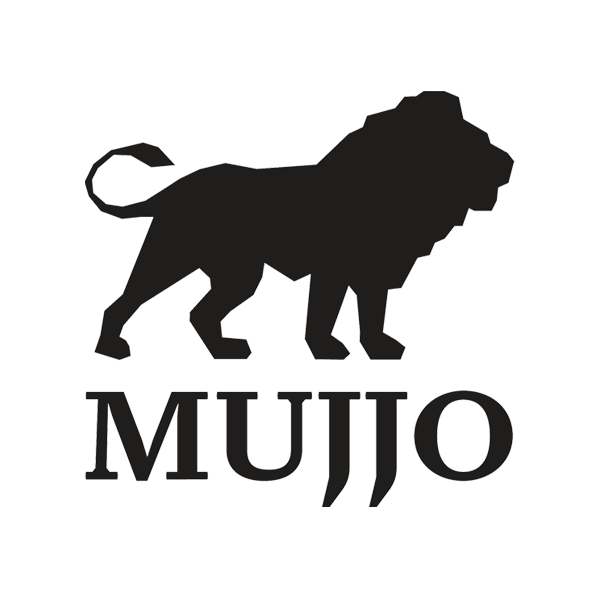 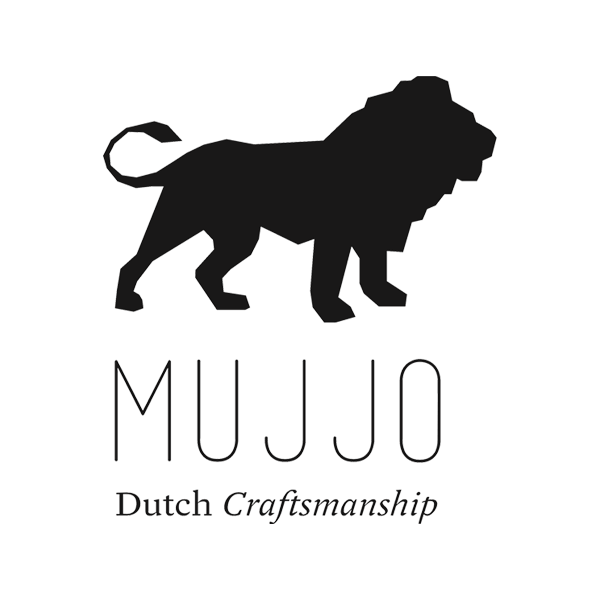 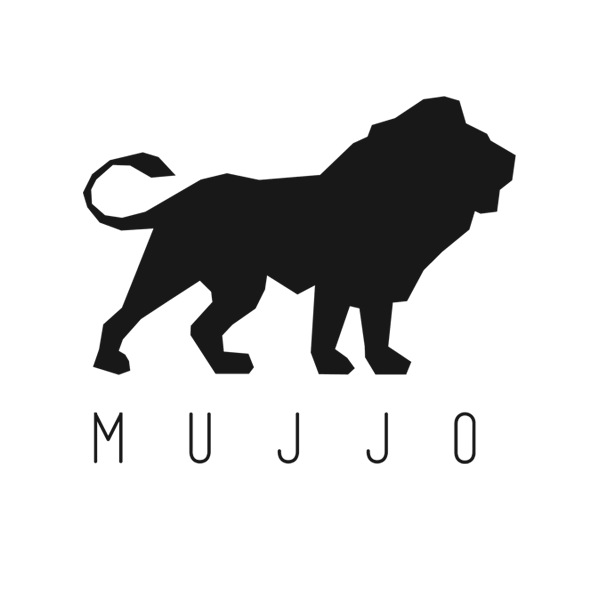 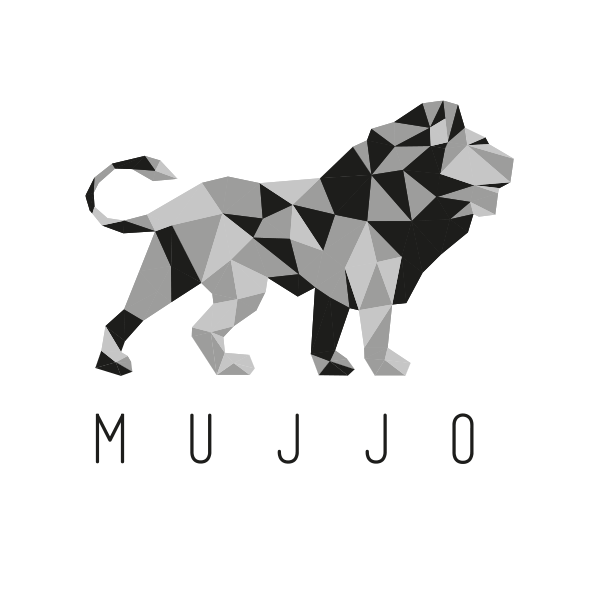 The evolution of form

The design of the lion logo evolved to become a powerful silhouette composed of tessellating triangles, similar in many ways to the Lion of Veilhan which had inspired me. I experimented with typography, using versions of the brand font alongside contrasting serif fonts for the strapline, but eventually, a simple approach, focussing on the form of the lion won out and the strapline was dropped.

It felt important that I retained significant amounts of the pale blue shades which had inspired me from the original statue. I used these to define the shapes of the lion's head and torso. I introduced other colour combinations, to complement the pale blues.

My work on the new MUJJO lion logo coincided with a month long trip to the Greek islands in August that year and I spent several days working on a sun-soaked balcony. I'm sure that the super-saturated colours of coastal Greece helped influence my final colour choices.

MUJJO used the lion logo to successfully rebrand their ecommerce website and printed product packaging. The new logo was also added to sewn-in labels for soft accessories. The strinking new look distinguished the MUJJO brand in the marketplace by injecting that little bit of dutch courage the Dutchies had been looking for. 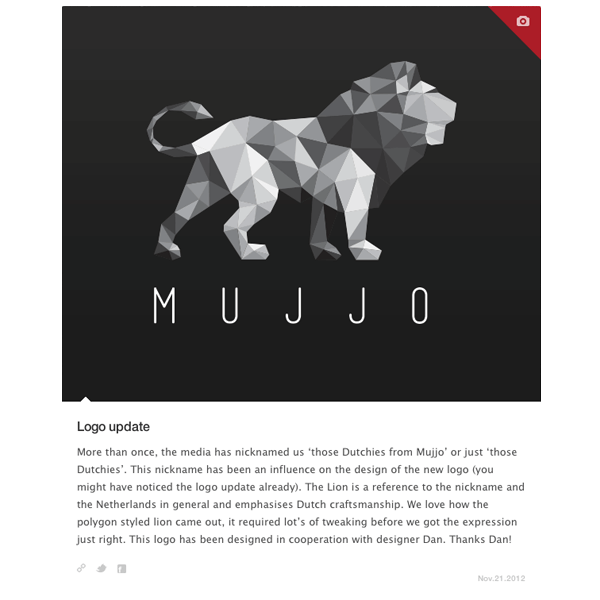 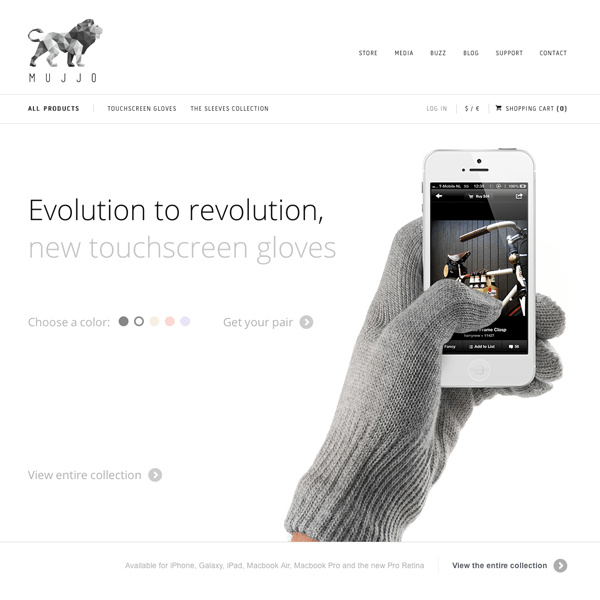 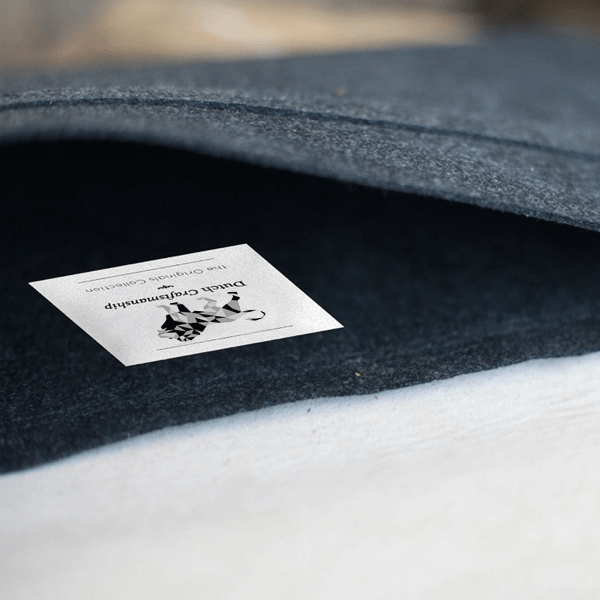 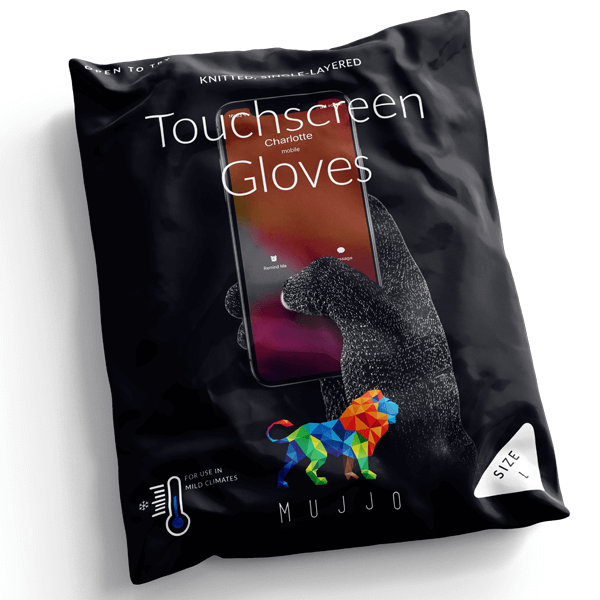 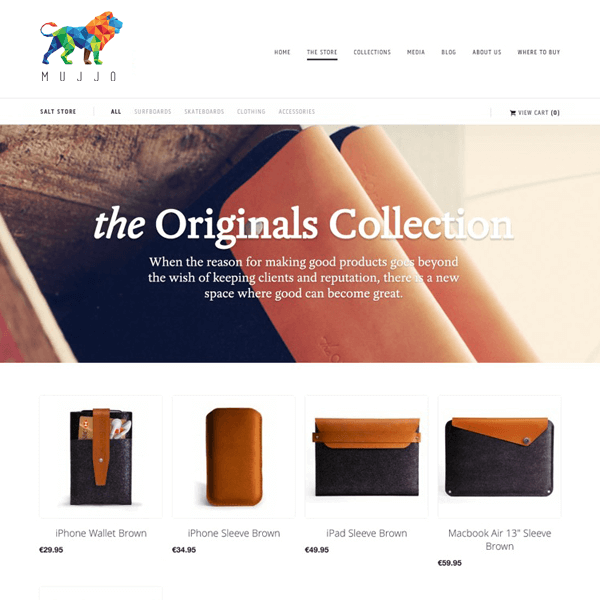 The MUJJO lion image has been blatantly plagiarised by several other entities over the years (as an image search for 'mujjo lion' will reveal), though I am proud to have been it's originator and of the great collaboration I had with 'The Dutchies' during 2012.